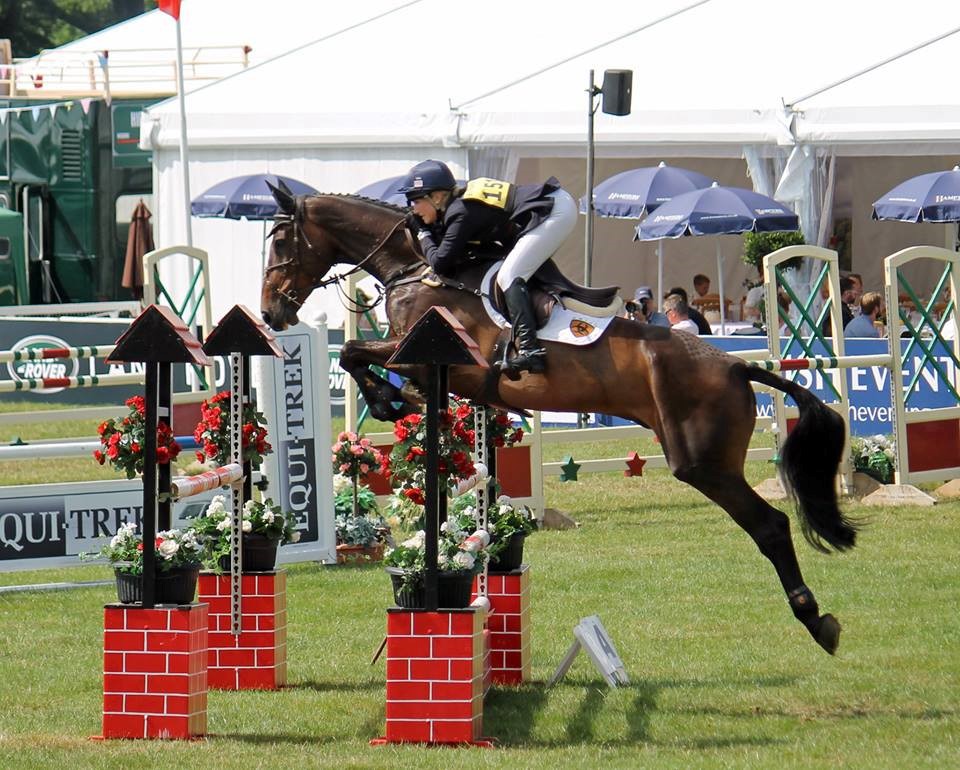 We headed to The Festival of British Eventing presented by the British Equestrian Trade Association at Gatcombe Park.

Saturday 8th August
Mr Bass “Chuck” did a lovely test to score 27, with lots of places to improve which is exciting! He had one down SJ.

Cooley Again jumped a super clear SJ. Decided not to run either cross country due to hard ground {pictured photo with thanks to Rosemarie Heyes}.

Both only 7yo’s with exciting futures and their next stop is the CIC** LE GRAND COMPLET HARAS DU PIN, France.‏