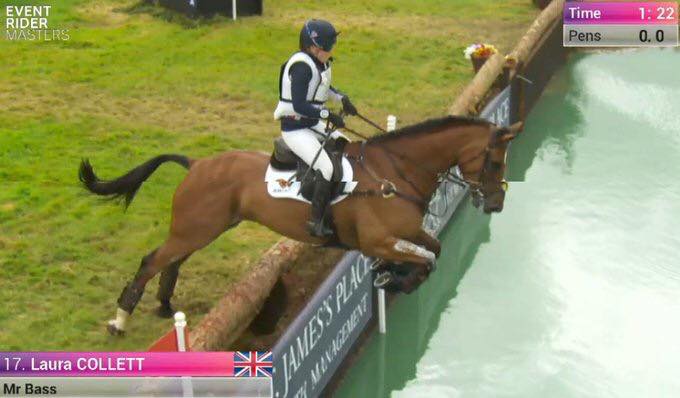 We headed to a very local event on Thursday with Grand Manoeuvre who did some lovely work in the CIC*** dressage with just a couple of mistakes having not done a test since Badminton! He scored 42.6 and was in the Top 10 he then went on to do a super clear SJ Saturday morning, but I withdrew him afterwards as he is taking part in the FEI Nations Cup Team GBR in Germany at the CHIO Aachen CICO3* next week.

Mr Bass was entered in the Event Rider Masters CIC*** class over the weekend and on Satruday morning was rather cheeky and full of himself making lots of mistakes to get a dressage mark of 50.3 ? but he’s only 8yo and allowed an off day! Back on form though Sunday morning at 8.57am to redeem himself with a super clear round show jumping in the awful rain. After his XC he’d risen from after dressage where he was placed 28th to finish 10th……..

I am so unbelievably proud of Mr Bass… He’s only 8yo and has only done 3 x CIC*** but managed to finish on his dressage score at all of them ? Very special having had him since he was 4yo… I adore him