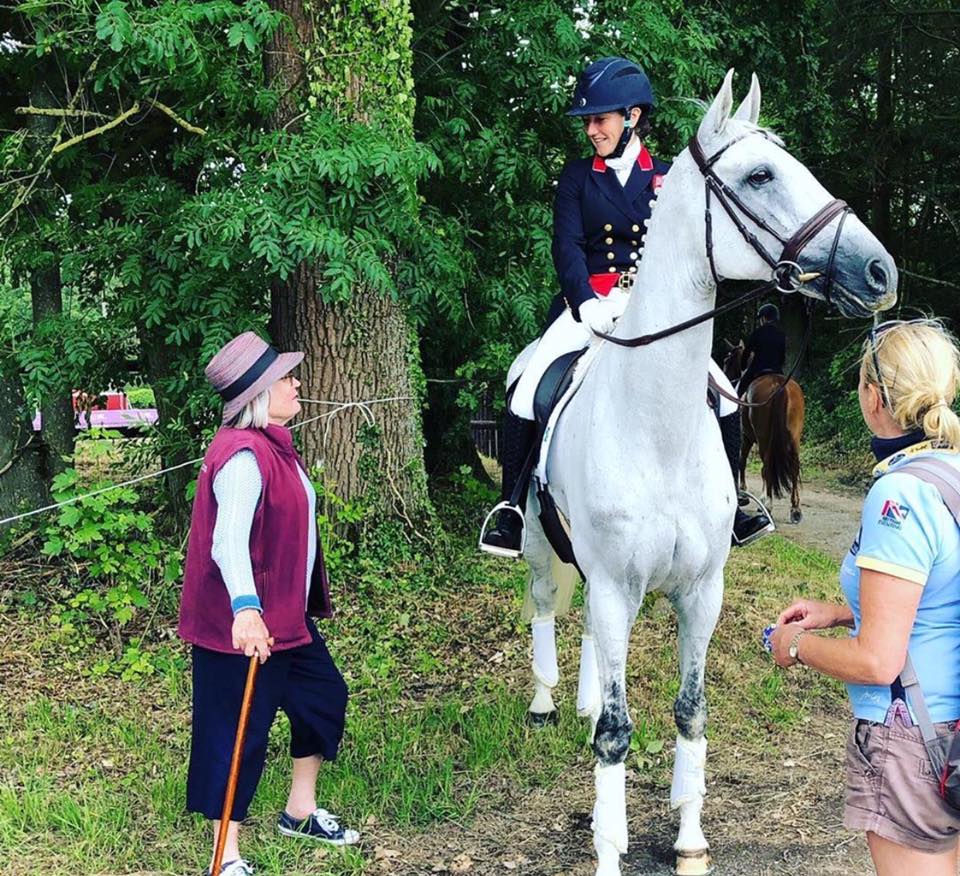 Billy Bounce is simply AMAZING … double clear to finish🥈 in CCI4*-S Eventing Arville🦄 This horse is so special to do a performance like that with such little practise 🥰   This horse is just so special 🥰 Billy Bounce, spends most of his time bombing round countryside with one his owners (Jo Jones pictured on the right with one of his other owners Esther Lewis) and doesn’t get much match practise as he’s so fragile but he gives 100% and tries his little heart out 🦄 .

I was also running Dacapo aka Cal in the ERM class he was an absolute star 🌟 in the dressage he did a lovely test but very disappointed with the mark of 32.2 to be placed 8th 😔 He then SJ an immaculate quick clear round which leaves him lying in 5th over night!Sadly on the XC picked up 20 penalties with a refusal at the brushes.  Gutted but delighted at same time … the toughest track Dacapo has faced and just a genuine mistake after locking onto the 🌲!! Not the result we wanted but he’s actually been brilliant 😃